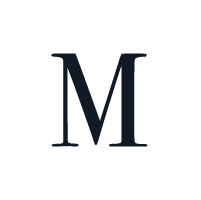 Pedestrian accident statistics from the NHTSA (National Highway Traffic Safety Administration) Traffic Safety Facts show that in 2012, a total of 4,743 individuals were killed in traffic accidents throughout the country, and another 76,000 individuals sustained injuries.

– There were 808 crashes in which a pedestrian was injured or killed by a motor vehicle.

– Males were more likely than females to be killed: they accounted for 64 percent of all pedestrian fatalities.

– For 31 percent of the motor vehicle drivers in pedestrian crashes, the reporting officer indicated that failure to yield the right of way was a contributing factor. The second most cited contributing factor was driver inattention or distraction (22 percent).

– Of the 36 pedestrians killed, 29 were tested for alcohol. Of those tested, 34 percent had blood alcohol concentration of .10 or higher.

If you were injured or lost a loved one in a pedestrian accident, it is important that you contact an experienced Personal Injury Lawyer as soon as possible.  With a knowledgeable attorney at your side you will have your rights protected as well as receiving appropriate compensation for injuries and accident related damages..